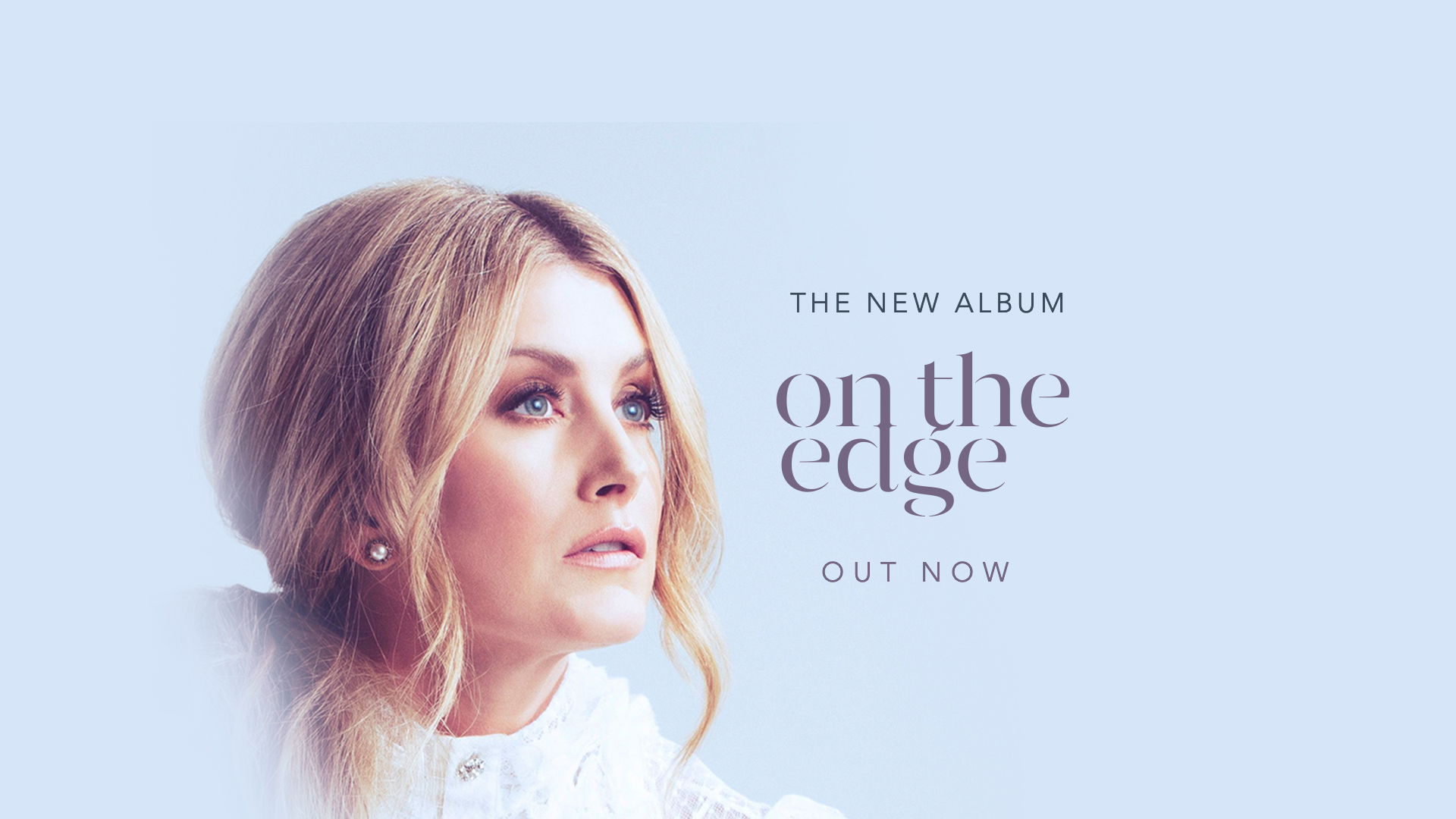 Stephanie Quayle was in love. The beautiful blonde with the wild heart had finally found a man she trusted and adored, a man with a larger-than-life personality, a man she could easily see spending the rest of her life with.

But then, the phone rang.

"We only knew that there had been an accident," Quayle, now 43, recalls during a recent interview with PEOPLE about the devastating news she received back in January of 2009. "We didn't know he was gone until we were trying to run onto the runway and a policeman stopped us and wouldn't let us get any further." She pauses. "It was just the most tragic of circumstances."

Quayle's boyfriend of four years had been killed in a plane crash, in a plane that he was piloting, while sitting alongside a male passenger that Quayle did not know. And in the days that followed his death, Quayle would come to find that there were other women in her boyfriend's life, many of whom she met at the memorial service.

But through it all, the singer/songwriter never said a word about the painful circumstances surrounding her boyfriend's life and death. She went on to make a country music career out of standout radio singles "Whatcha Drinkin 'Bout" and "Selfish," but remained committed to doing everything in her power to protect her late boyfriend's daughter Eden, who was just 12 years old at the time of her father's death.

But then, the phone rang yet again.

And this time, it was Eden.

"She asked if I would do an interview with her for her college thesis," remembers Quayle of the phone call she received in April of 2021. "Eden had grown into an incredible artist, and she just shared on that phone call that she was no longer going to guard these secrets [about her dad] anymore. She was choosing to heal those old wounds through her painting."

And suddenly, Quayle began to wonder if music would provide a way to her own healing journey.

"All of these lyrics and melodies and thoughts that I had kept inside me for 12 years just washed over me," she says of the cathartic cleansing that resulted in the writing of her most recent album On the Edge, a beautiful mixture of sheer sonic emotion produced by Paul Moak that Quayle created at her home in Montana.

"I had my husband David listen to them," Quayle recalls. "He too felt that it was important to share this story."

These songs now also find a home on an emotional short film project also titled On the Edge, premiering exclusively on PEOPLE.

"It's a very docile version of everything," Quayle says of the cinematic piece produced by Camille Bostick and directed by Rachel Deeb. "It was a way to conceptualize and create something that could continue the story as we continue the discovery."

Quayle stops to draw in a deep breath.

"I'm still discovering who might have been there before me," she says quietly. "Or, during me. I very well could be the other woman to another woman. I don't know."

Nevertheless, Quayle says that the short film had her not only facing the pain of that agonizing time, but also finding a way to continue her own healing.

"There was a time when I felt like I was wearing 20 really heavy wet coats, but not anymore," she states. "As I shed these layers and I get lighter, I also just feel the potency of my purpose. I feel as if, for whatever reason, I'm supposed to expose the truth so that others can also find their way through."

And yes, Quayle says that this past Saturday, on the 14th anniversary of his death, she did something she never thought possible.

Country music wasn’t always an equitable genre. It took women – trailblazers like Loretta Lynn – to not only put female country singers in the same bracket as their male counterparts but, to do it in a way that didn’t shy away from the rougher edges of femininity.

When it comes to having your music banned from radio, it’s hard to match the devil-may-care spunk of Lynn. The “Coal Miner’s Daughter” sang about divorce, going on the pill, getting into fights, and a host of other taboo topics that made the more traditional corners of Nashville blush in the mid-60s.

If songs like “Don’t Come Home a Drinkin’ (With Lovin’ On Your Mind)” and “Fist City” seem tame today, it’s because of Lynn’s unparalleled contributions to country music that have molded the genre in her own image.

The latest installment of CMT’s “Next Women of Country” saw some of the genre’s brightest up-and-comers take the stage at Nashville’s City Winery on Tuesday (Nov. 8) for a tribute performance to Queen Loretta.

Among the line-up were Brooke Eden, Wendy Moten, Stephanie Quayle, Caylee Hammack, Erin Enderlin, Miko Marks, Sacha, Tiera Kennedy and Bowen*Young. Before playing an original selection for their own catalogs, each of the artists covered a Lynn song with a marked reverence.

“On the heels of this album, I hear Lynn’s music differently,” Quayle told American Songwriter ahead of the performance. “I see her through a different lens. I have so much respect for her and when we were doing our soundtrack earlier it really felt like she was in the room.”

13 years ago, in 2009, a man she had been dating for four years was tragically killed in an airplane crash. Mere days after his death, Quayle found out that the man she loved had been unfaithful throughout their relationship.

“It was the most excruciating pain,” Quayle tells Everything Nash, recalling the news of the plane crash. “I had picked up his daughter from school. We went to our house. She was doing her homework. I went for a run. I had a show that night. And I always run before my shows, and I plot and plan them out in my brain. I came back, I started cooking us dinner, and one of my friends called and said, ‘There’s been an accident.’ He didn’t tell me that he was dead, He just told me there had been an accident. So I grabbed his daughter, jumped in the car and drove like a bat out of hell.”

Quayle hoped his daughter would have a chance to see her father alive one more time, which was unfortunately not the case. It wasn’t until the funeral that Quayle realized something was amiss, and the man she was in love with had been living a lie. It took a lot of years before Quayle was able to dig deep into the pain and trauma of that experience, which comes out in all of the brutally honest songs on On the Edge.

“It’s such a wild experience to be sharing it now, and not reliving the emotions of it, because I’m in such a healed state of mind,” Quayle acknowledges. “I’ve been able to put it into the songs. The songs have healed me in ways I never saw coming. I didn’t know that I still needed healing. Right. This is a whole new world.” 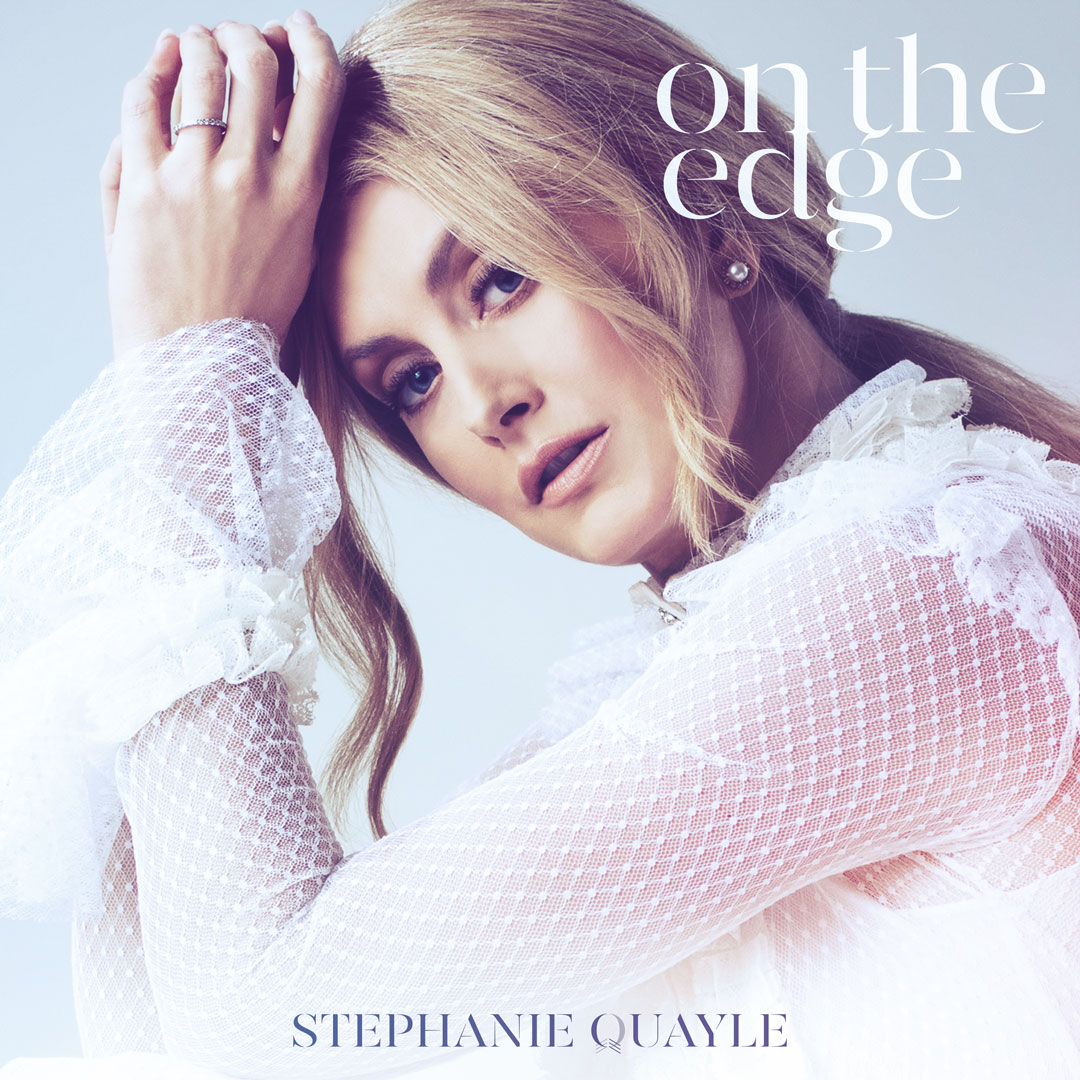 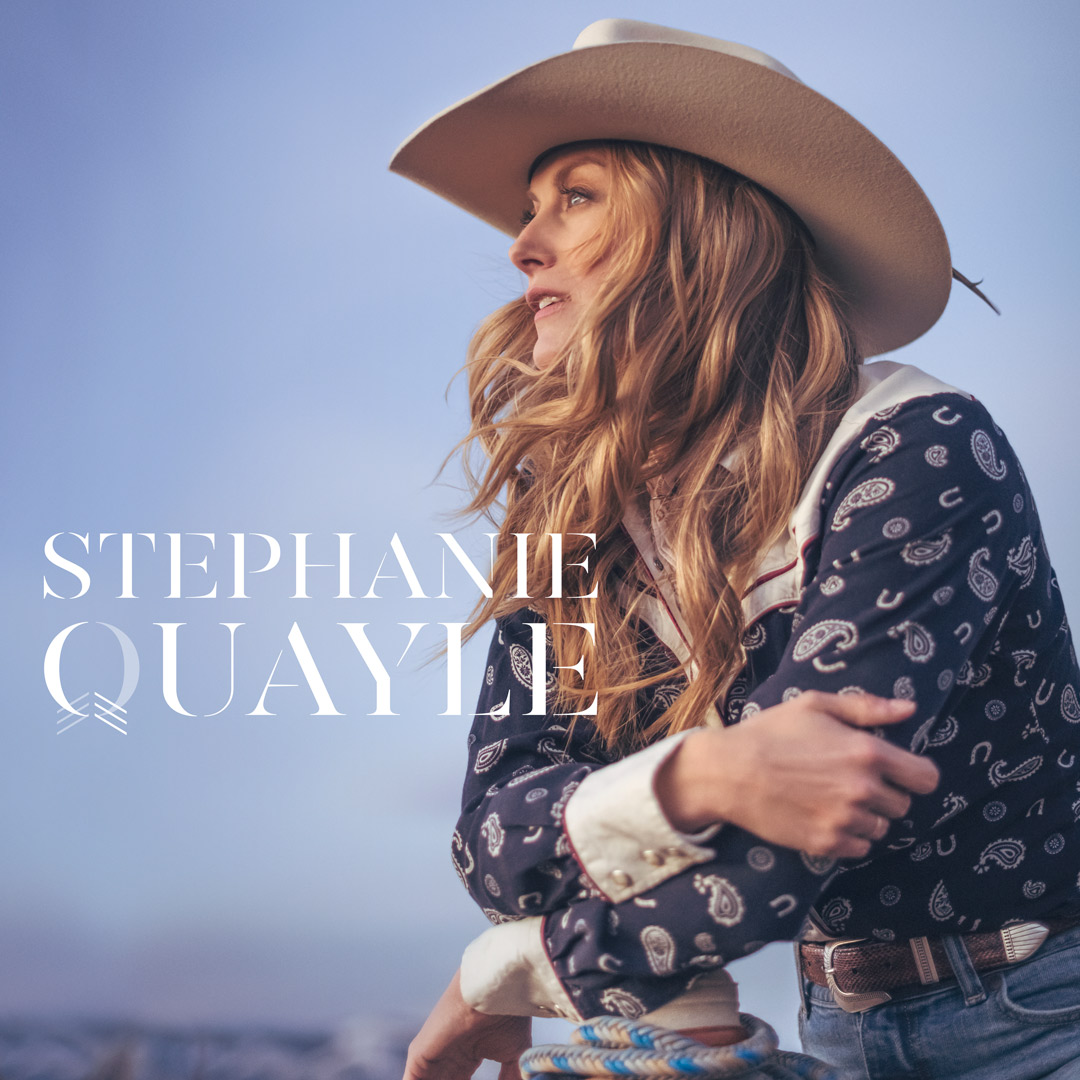 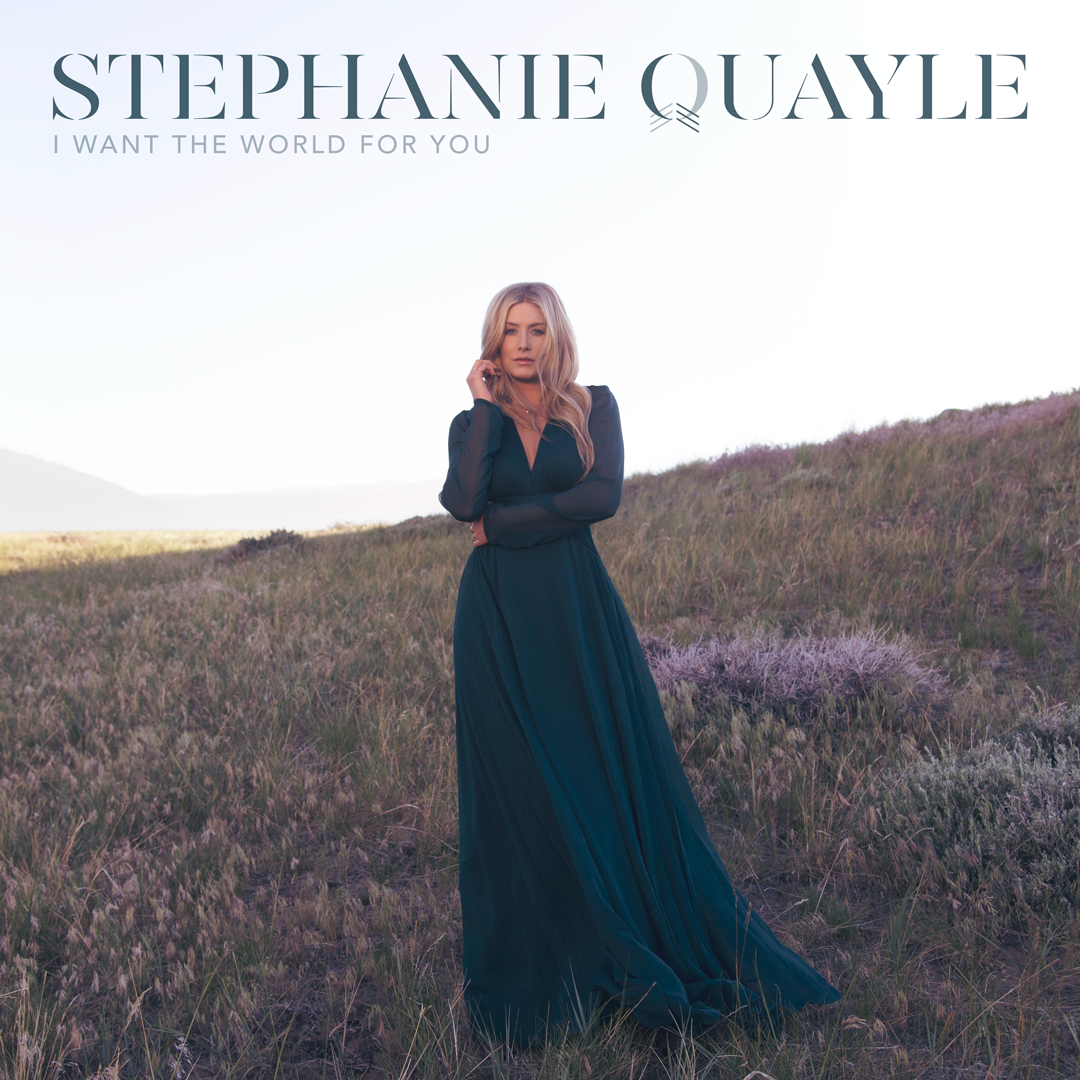 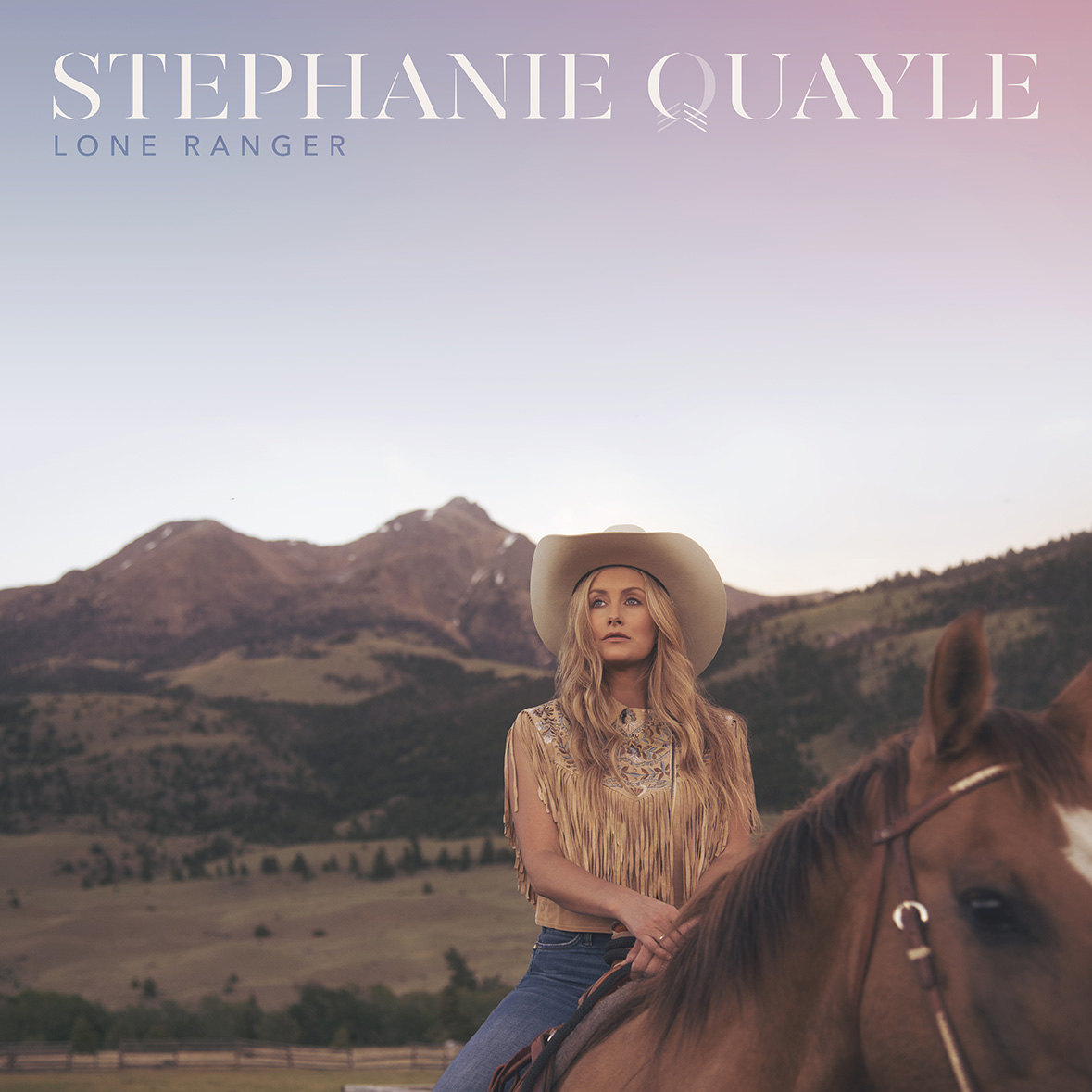 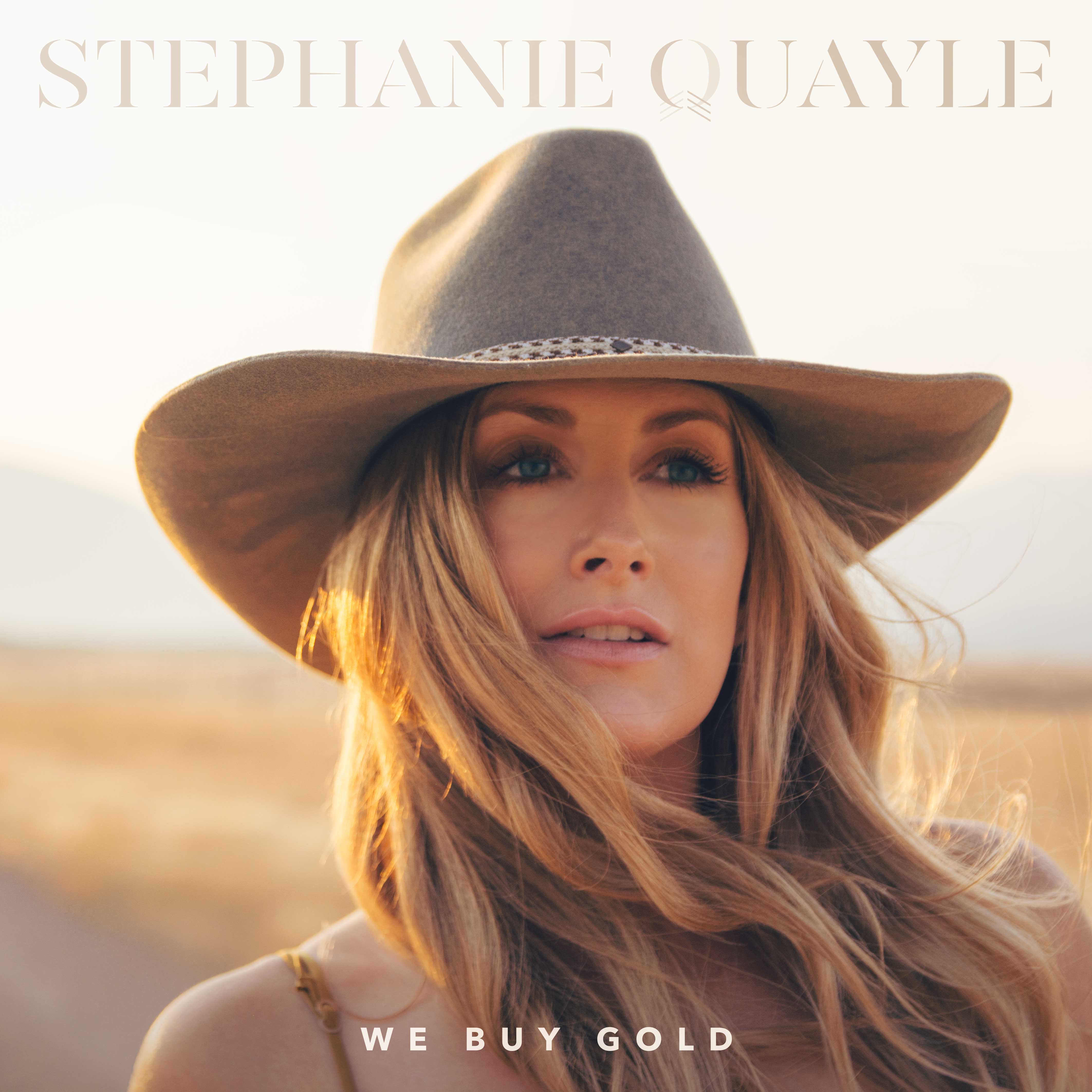 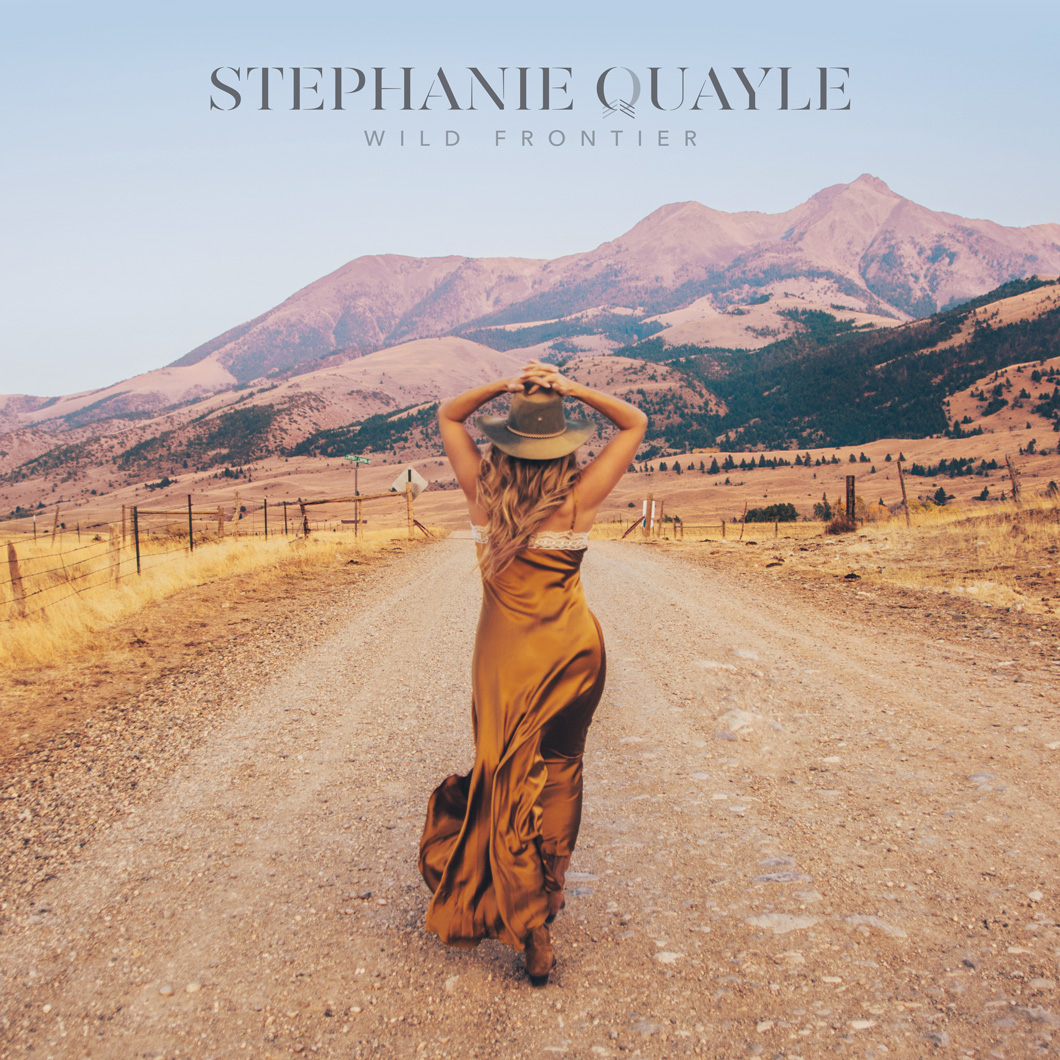 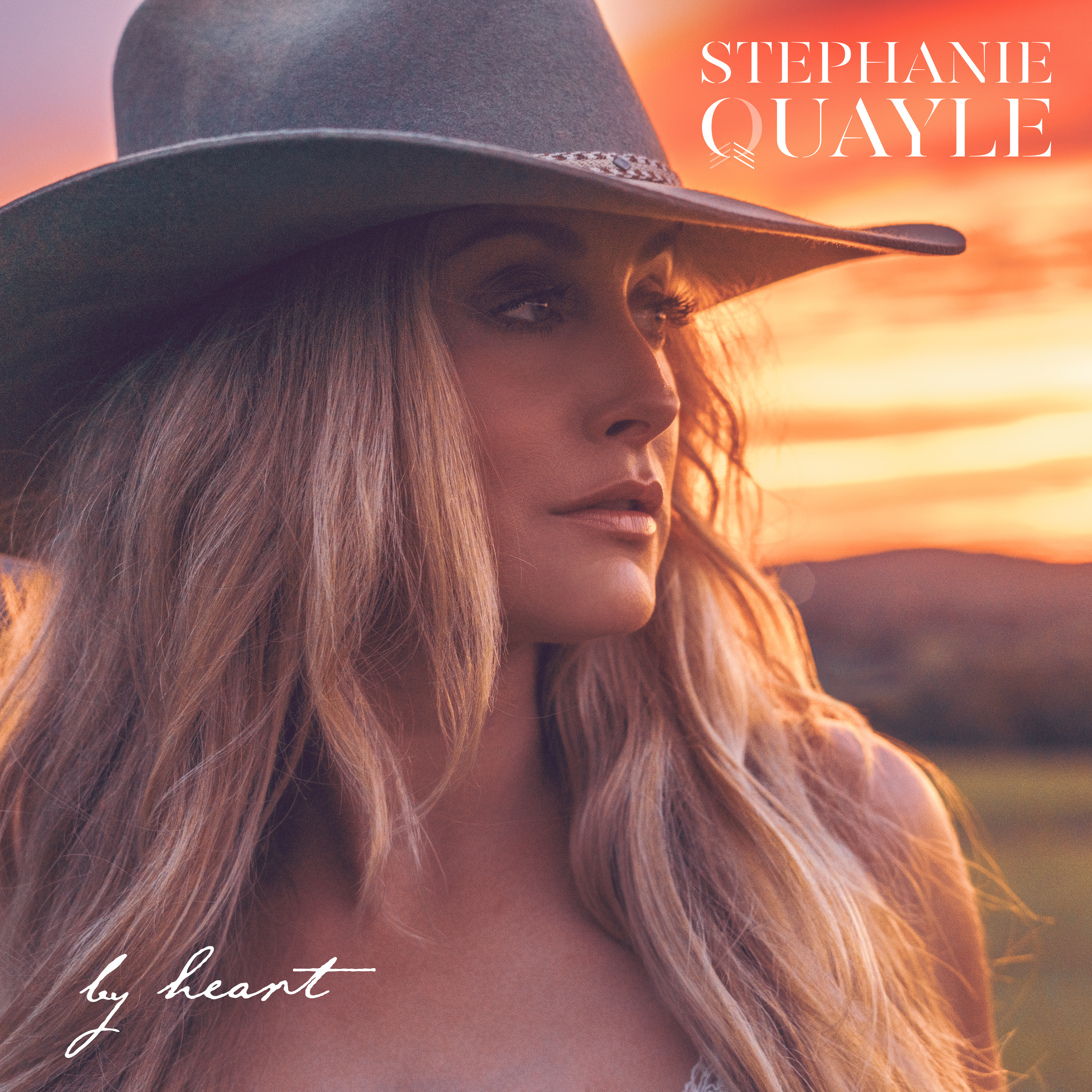 Stephanie Quayle, and iconic boot brand, Lucchese Bootmaker, collaborate on an exclusive custom line of boots designed by the Country music star, who is also the face of their women's lifestyle campaign, and the headliner for the 2021 Lucchese Listener Lounge Series.

Stephanie Quayle teams up with Harley-Davidson, for a video project titled, From Horses to Horsepower. Harley-Davidson is an American motorcycle manufacturer founded in 1903 in Milwaukee, Wisconsin.