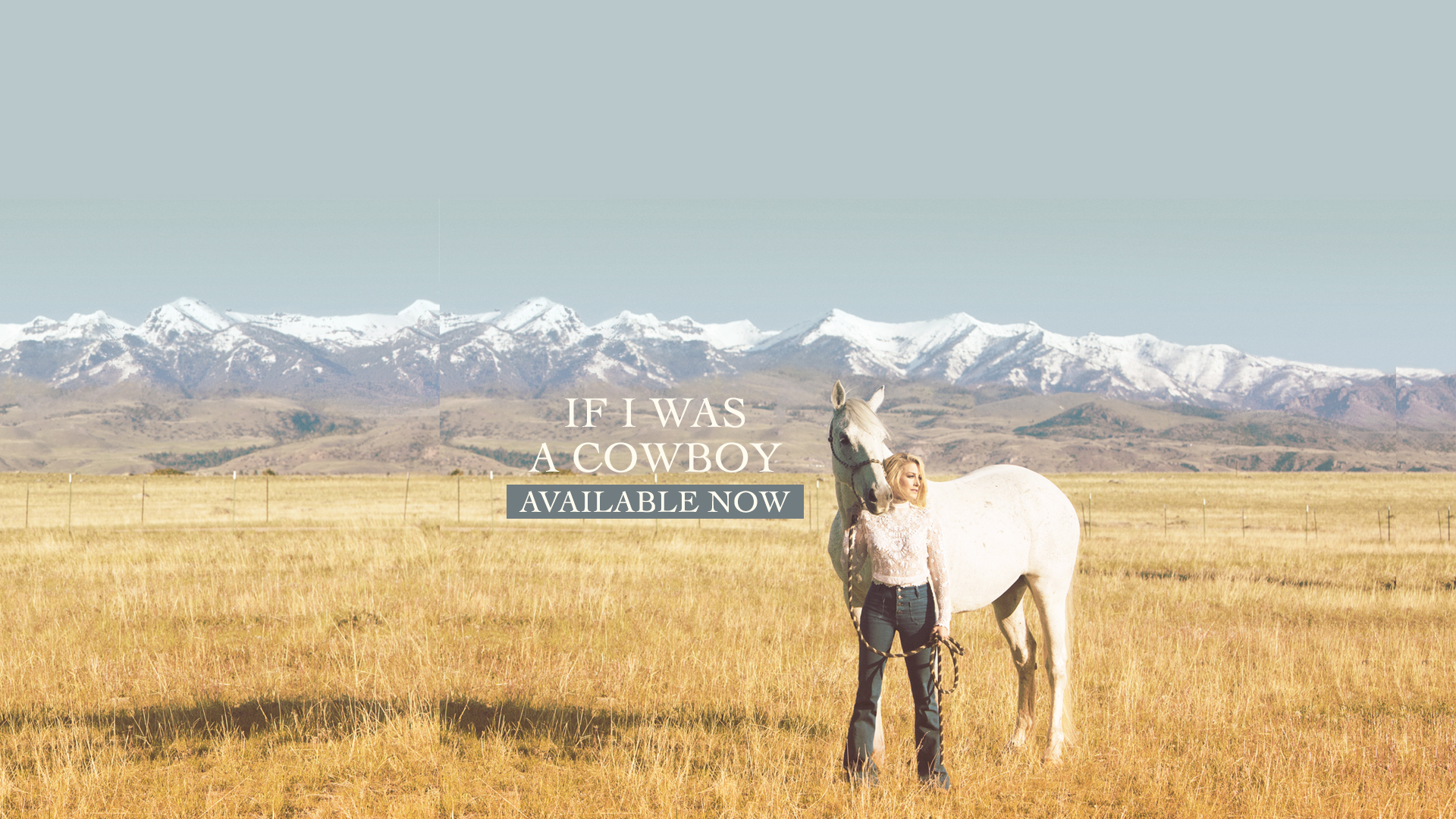 As a member of CMT's Next Women of Country, Stephanie Quayle is an undeniable force on the country music scene. Her current single, "Whatcha Drinkin 'Bout," from her latest EP, If I Was A Cowboy, has garnered over 29 million audience impressions (Mediabase) and over one million views on the official music video.

The Rebel Engine Entertainment recording artist is one of the most active female artists with a consistent presence on the Billboard Country Airplay chart (over 60 million audience impressions with her last three singles at radio), and ranks in the Top 10 of Current Female Airplay over the last two years (Mediabase).

About
As a member of CMT's Next Women of Country, Stephanie Quayle is an undeniable force on the country music scene.
The Rebel Engine Entertainment recording artist is one of the most active female artists with a consistent presence on the Billboard Country Airplay chart, and ranks in the Top 10 of Current Female Airplay over the last two years (Mediabase).
The singer-songwriter is turning heads as an independent artist with repeat performances on the Grand Ole Opry and historic Ryman Auditorium stages, along with hosting for Wrangler Network on the ACM Awards red carpet, as well as hosting for Sounds Like Nashville on the CMT Awards and CMA Awards red carpets. And in a once in a lifetime opportunity, she was the only indie act invited to perform for the five living former U.S. presidents (Obama, W. Bush, Clinton, H.W. Bush and Carter) as part of the hurricane relief concert "Deep From The Heart: The One America Appeal" in Texas.
Quayle's latest radio single, “Whatcha Drinkin 'Bout,” has garnered over 29 million audience impressions (Mediabase) and over one million views on the official music video. The songstress has been working alongside producer Julian King and executive producer and industry veteran Mark Wright on her latest offerings, the IF I WAS A COWBOY - EP. The new sound impacts the country music genre with an evolved sonic that embraces her authentic western roots in today's contemporary country landscape. The trio have hit their stride in the studio blending baritone guitars with Quayle’s warm and powerful vocals drawing inspiration from the Montana native’s western roots. Steeped in cowboy imagery and baritone guitar sonics, the Montana native is on the road and sharing her music with her loyal fanbase known as the Flock Of Quayle.
“I am really proud of my Western roots and I’m leaning into them more than ever before, not only with my writing but sonically as well,” says Stephanie. She continues, “Montana is all over this project and nothing could make me happier than to share that with the world.”
“My heart and my western ways are in this project.  As a songwriter and artist, I am proud of the craft that is shared in this body of work. Music is the soundtrack for all the different moments in our lives and I feel like these five songs hit on a little bit of everything. From ‘Evel Knievel’ to ‘Untitled,’ it’s the journey we’re on together….what lies ahead is endless and filled with possibility. This theme is where my feet are right now and how I feel about my next chapter of music,” says Quayle.
Quayle partnered with Wrangler to release an intimate video series of her follow-up project, The Montana Sessions -- a collection of acoustic live recordings of the latest EP. She also teamed up with iconic American company, Harley-Davidson®, for the video project From Horses To Horsepower, featuring the song "Evel Knievel."
Named one of Rolling Stone Country's "Top Artists You Need To Know," Quayle is garnering a buzz from her high-energy live performances across the country while sharing stages with artists like Willie Nelson, Brett Eldredge, Jon Pardi, Carly Pearce, LoCASH, Billy Currington, Gabby Barrett, and more; her magnetic energy and booming personality grabs hold of audiences wherever she goes.
She has been highlighted in People, Huffington Post, Glamour, Hollywood Life, Inspirer Magazine, Taste Of Country and Sounds Like Nashville, to name a few, and received Female Vocalist of the Year at the 2019 Rocky Mountain Country Music Awards.. She was named the First Female Country Music Ambassador for Bass Pro Shops & Cabela’s, and also serves as music ambassador for Murdoch’s Ranch & Home Supply, an original store from her hometown of Bozeman, MT. Quayle’s impressive partnership campaigns include national brands like Wrangler, Harley-Davidson, Kampgrounds Of America (KOA), Winnebago, Running Iron Whiskey and more.

Rosanne Cash, John Oates, Keb’ Mo’, Soccer Mommy, and Shovels & Rope are among a diverse group of artists banding together for a new online telethon to raise money for the MusiCares COVID-19 Relief Fund. The “People Supporting Artists Telethon” will air live from Nashville on Saturday, April 11th, at 7 p.m. ET, via peoplesupportingartists.com.

At a time when the world is clamoring for things to take our minds off the coronavirus spreading across the globe, country artist Stephanie Quayle is answering our calls.

In an effort to offer encouragement and entertain fans, Stephanie has launched a daily morning talk show video series, Hay Y’all. The Facebook Live series was brought about to bring a smile to your face and relief to your mind.

During these uncertain times we are all looking for any glimpse of relief and just something to make us smile. Country music star, Stephanie Quayle, is hoping to do just that and provide a quick moment of levity during these difficult times. Stephanie is taking to Facebook Live and launching a daily morning talk show video series, “Hay Y’All.”

“Hay Y’All” will air live on Facebook Mondays thru Fridays at 11:00am ET.

Shot live from Stephanie’s North Carolina farm, Summerfield Farms, the series focuses on messages of positivity, music and includes the adorable miniature animals on her farm – donkeys, a calf, horses, goats, cats, and more – all named after famous Country Artists. Looking at this time in our lives as an emotional moment of “Spring Cleaning,” Stephanie is taking this opportunity to check-in with herself and fans and is embracing the moment to discover new things, take stock in the important things in life but always remembering to smile and have some fun!

Stephanie Quayle teams up with Harley-Davidson, for a video project titled, From Horses to Horsepower. Harley-Davidson is an American motorcycle manufacturer founded in 1903 in Milwaukee, Wisconsin.