(November 4, 2022 – Nashville, TN) Big Sky Music Group recording artist and singer-songwriter, Stephanie Quayle, has released her latest album, On The Edge, available now. The impactful collection, produced by five-time Grammy nominated Paul Moak, is taken straight from the pages of Stephanie’s own life from a period of time where she was emotionally devastated, lost on her path forward and finally finding solace. Sharing her story for the first time publicly, Quayle hopes that her heartbreaking loss and following fallout, can be a source of strength and light for anyone whose felt grief and betrayal can too find self-redemption through their darkest times.

“The heaviness of the last 13 years is dissipating, the weight I’ve been carrying is becoming lighter and I'm excited to know me now.  With this new freedom of self and what I have to say with my songs, I feel like the depth of my purpose is coming into full view.  These feelings, thoughts, melodies and lyrics have been living in me for over a decade and now they get to live in the world. My greatest hope is that these songs will bring healing to others too.” - Stephanie Quayle 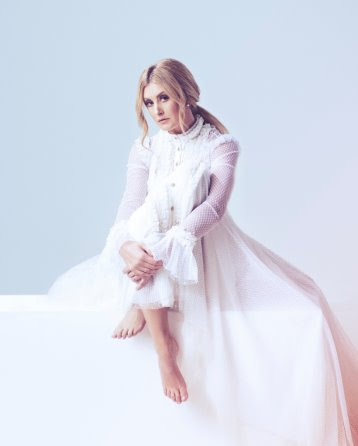 The eight tracks that make up On The Edge, explore the fundamentally human experience when in your darkest moments you’re faced with a decision, when you’re forced to choose between descending into the darkness or seeking the light. This album is a redemptive tale, and a profoundly personal one. After losing her boyfriend of four years in a plane crash, she soon learned she wasn’t the only woman in his life and the home they built together was covered in lies.  The lead single from the album, “The Lost Years,” is a heart wrenching tale of catharsis, serving as an inspirational track with a message of leaving the weight of the past’s traumas exactly there – in the past.

“This freedom is terrifying, and exhilarating.  I am still discovering more truths about this time in my life as I'm now able to look back with a whole lot of healing and a lot less hurt.” – Stephanie Quayle

“The Lost Years” moving music video was premiered exclusively with CMT.com and appeared on their two Times Square billboards on its day of release.

Quayle will celebrate album release day by stepping into the sacred circle of the Grand Ole Opry on Friday night to perform songs from the project.

Heading into 2023, Quayle will expand this project with hopes to give a voice to others who have experienced similar experiences.